This is one of my largest works to date, measuring 30 x 40 inches before framing (once matted and framed we're looking at the piece being about 48" on it's longest side. I'm also trying a slightly different style on this one, with a looser, sketchier approach.

Some progress photos from the past two days. Click to enlarge photos. 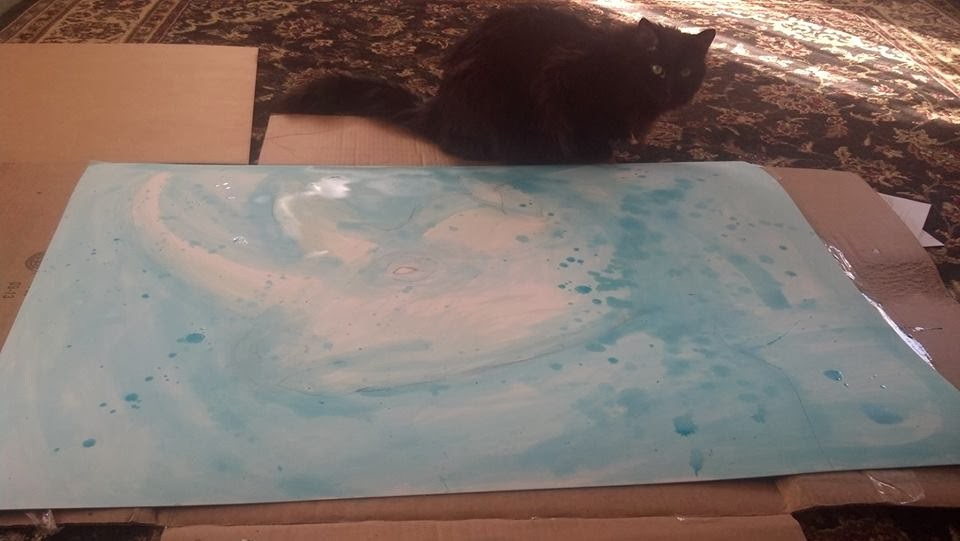 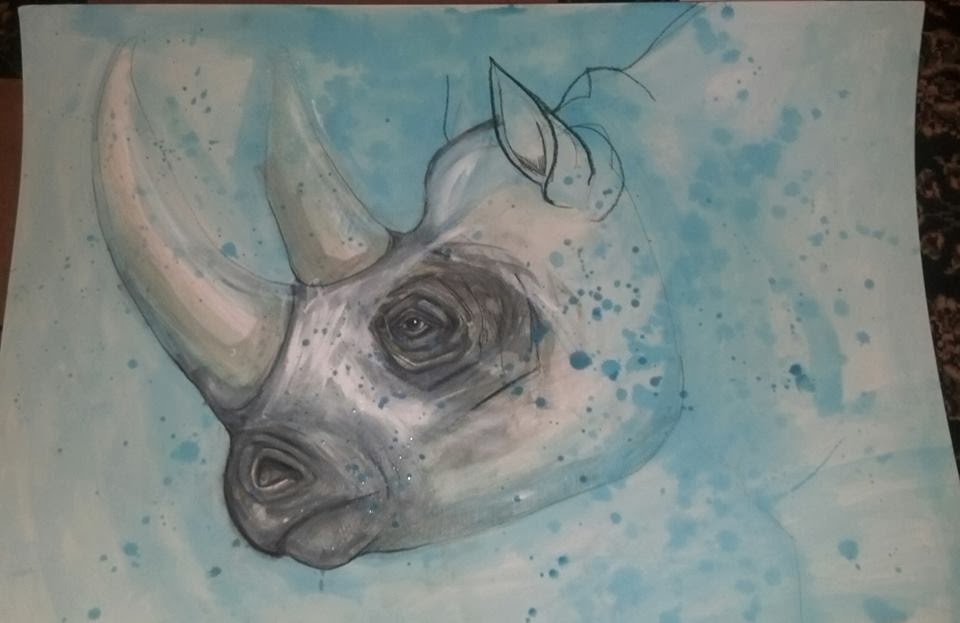 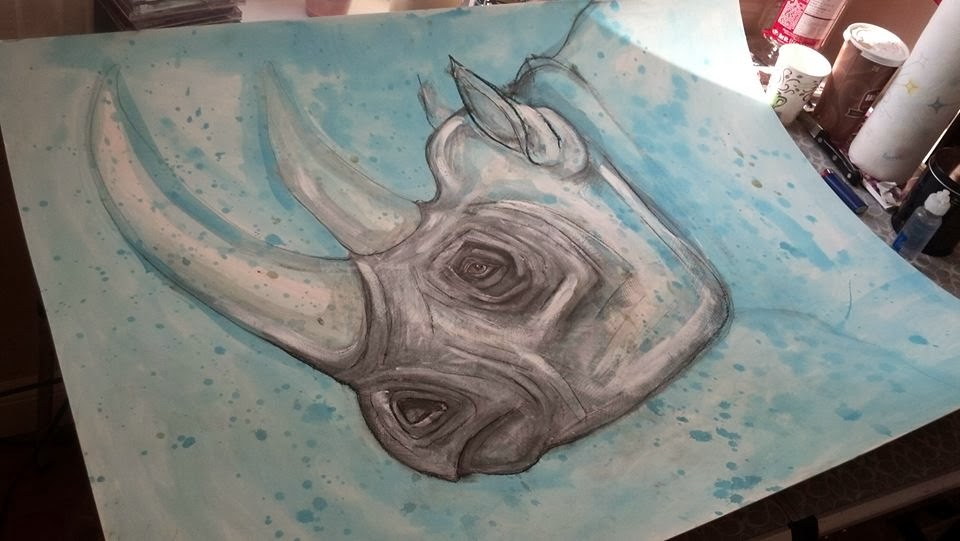 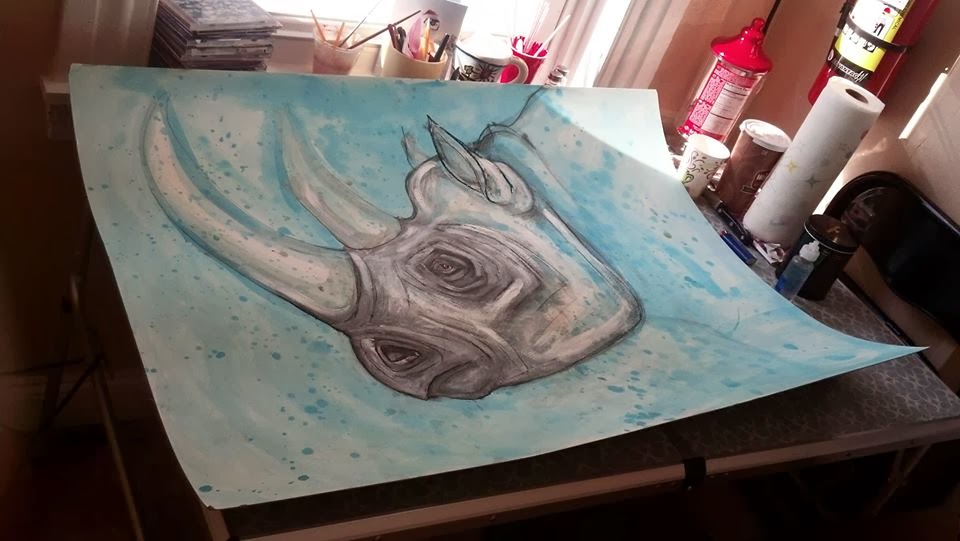 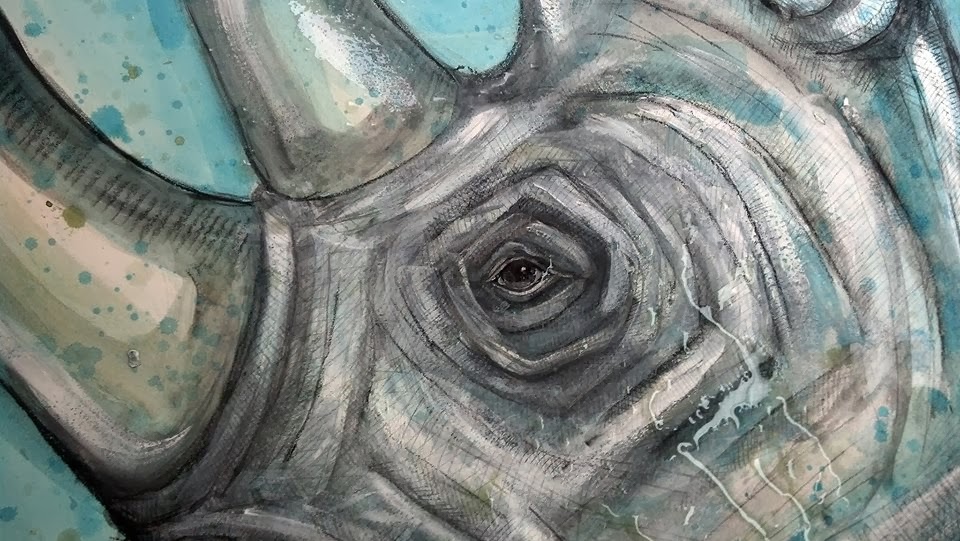 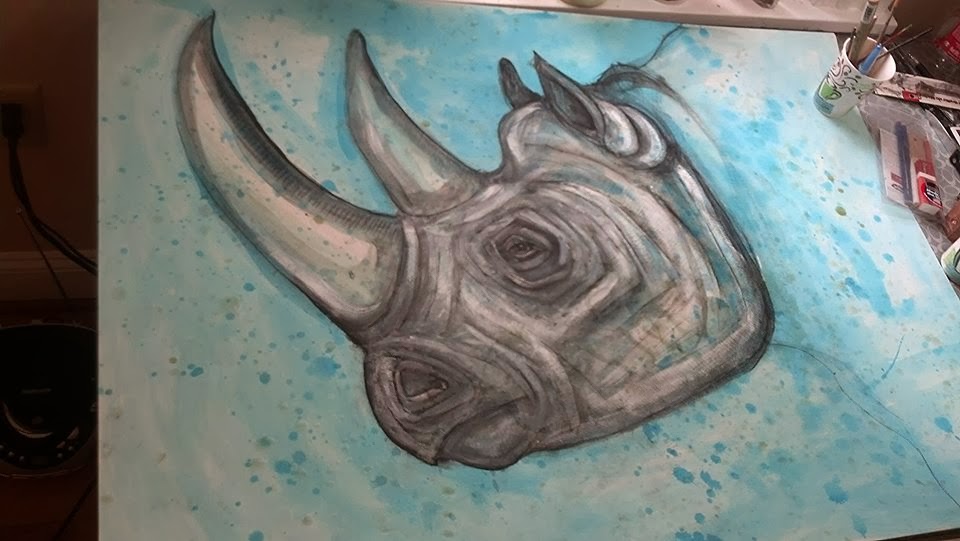