I finally finished my snake-y unofficial self-portrait as Medusa last night. I dropped her off at the frame shop earlier today and then she should be ready for an upcoming figurative art show at Countryside Gallery, 2 South State Street, Newtown, PA. The show runs Dec. 7, 2012 through Jan. 3, 2013. I will have one other piece ("Artemis") in this show besides "Medusa". Both works are for sale. See my full list of December shows after the photographs of "Medusa" below (or see my current schedule on my website). In addition, I'm applying to another juried show this weekend. If I get into that show, it will also run December and January. That show has a lot of competition every year so I it's likely that I may not make the jury cut but I'm keeping my fingers crossed anyway.... 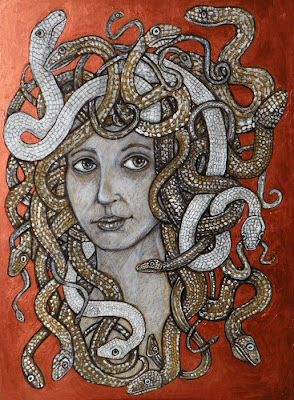 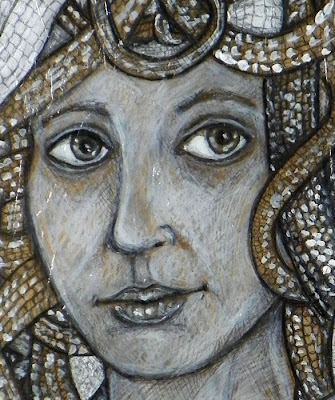 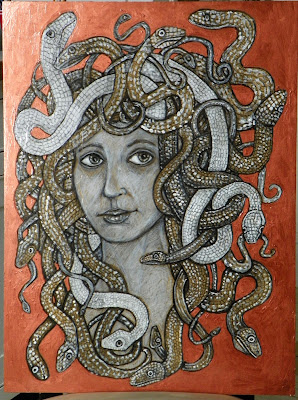 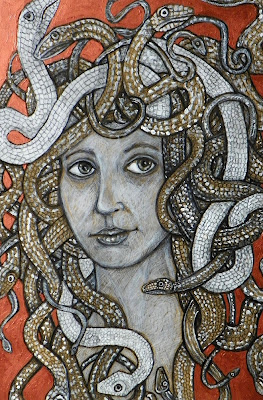 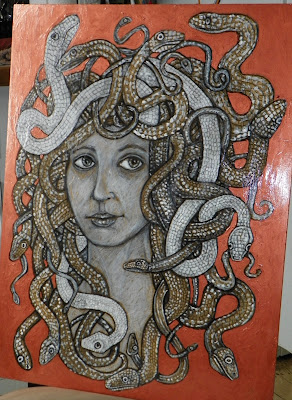 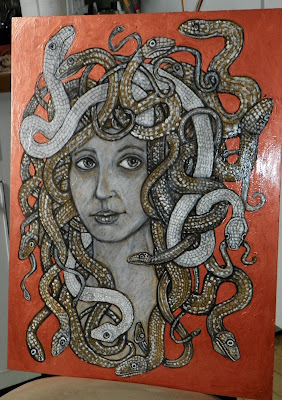 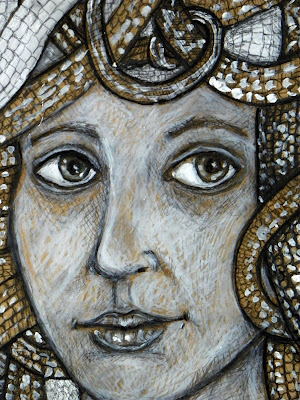 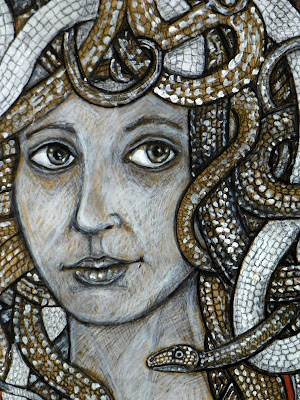