I started a new piece yesterday, meant to be a gift to some friends of mine whose dear son was recently killed in Afghanistan. The artwork is supposed to be a sort of spiritual symbol to represent their son (Niall). The father recently was outside and had been thinking of his son (even more so than usual) when a roadrunner walked up to him, looked him in the eye, and flattened him(her?)self on the ground in front of him and stayed there for a minute and a half before getting up and walking away.

He posted this photo of the roadrunner. 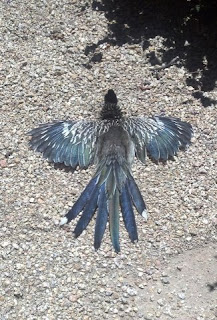 I had been told that Niall has been into birds in recent years and used to go out and collect feathers. The father believes that the roadrunner was a message for him, a sort of spiritual visit from his son. I did a little research on the symbolism of the roadrunner and found that it's usually associated with quick thinking, mental acuity, and the ability to shift into different consciousness.  In mythology in many cultures cultures, birds in general are associated as spirit messengers. The pose of the bird in the photo above, furthermore, reminded me of a phoenix, so I decided to create a roadrunner / phoenix hybrid, to represent the son moving on from one state of being to the next.  Here is an interesting blog post on the roadrunner and Native American totems.

Doing more research on roadrunners I found they are one of the few birds that can kill and eat rattlesnakes because of their speed. Snakes represent death but also they are associated with transformation as well.


"The rattlesnake's association with poisoning and death brings into play the idea of transformation. The rattlesnake can be seen as a guardian of the gateway to the world beyond, having the power to send humans across the barrier, and hopefully, the power to bring them back."

In addition to the above symbolism, the rattlesnake (according to Native American myth) represents lightning > rain > germination > fertility. So I included the rattlesnake in the picture for an overall meaning of tranformation / rebirth / regeneration.

I still have to come up with a name for the piece, but here is where I've gotten so far with it. 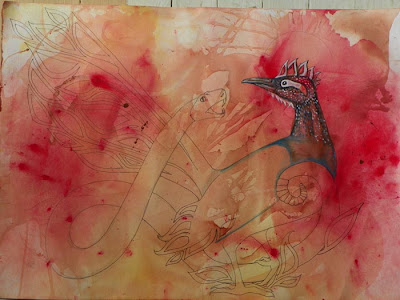 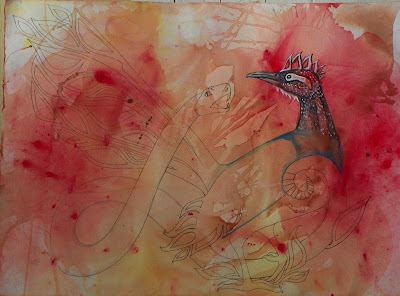 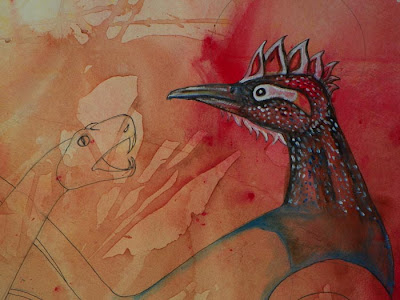 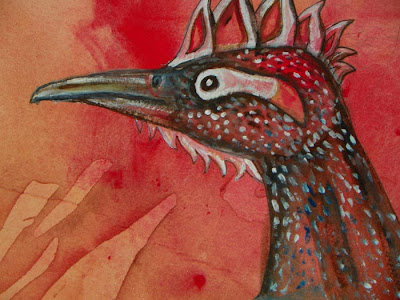 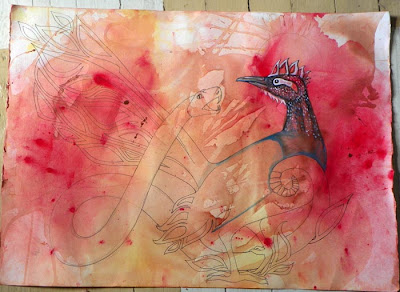 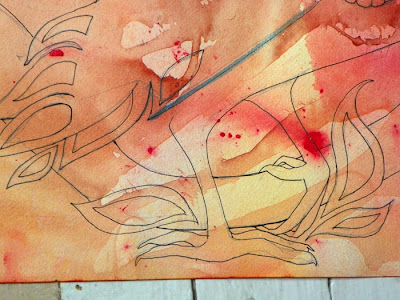 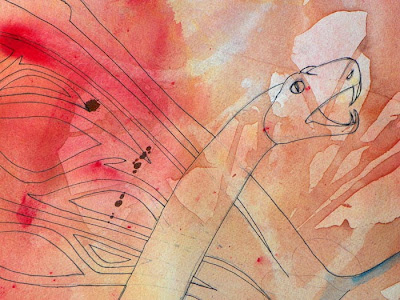 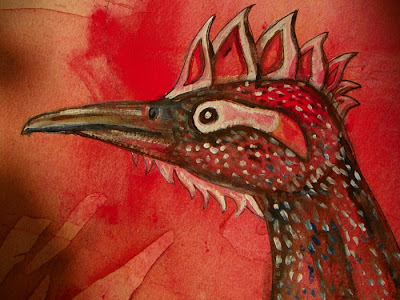